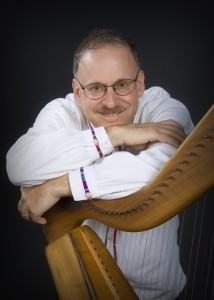 “OF STORY AND SONG”

Come join the Mythsinger Foundation and host Brian Rohr in welcoming musician Michael Townsend and welcoming once again the ever popular David Michael as this months Featured Storytellers for First Friday Storynight at BLTC.

This Friday, May 4, Townsend will delve into the deep rich connection between song and story, bringing us back to a time when a song was a story and a story was a song.  With his instrument in hand, we will follow the characters along a journey with rhythm, voice and melody.

Because of the wild popularity of his last time joining us on stage, we are once again featuring beloved harpist, storyteller and international busker David Michael as he shares the stories of a rich and fascinating life.

As is our tradition, we will also host an open mic section, so please bring your own short story to share… only rules are it must obviously be a story and no reading, everything must be shared in the ways of the oral tradition.  Because of the musicality of this night, you are encouraged to bring your story songs, as they will be most welcomed!

A Hoosier by birth, Michael Townsend began playing guitar professionally in the roadhouses and dance halls of Montana. After moving to Seattle and later Port Townsend, he was able to pursue his passion for the music of Africa and Latin America. On the local scene, Michael has played with his wife Vickie in Beatnik Zydeco, with Bertram Levy in Tangosphere, and in numerous productions at the Key City Playhouse.

David Michael has been known primarily as a musician, composer of instrumental music, producer and international performer for decades. A natural storyteller, he’s been sharing tales of his of life as a busker for years and relishes multi-media readings where he intersperses stories (often outlandish and hilarious) with tunes played on his Celtic harp. His worldly travels as well as his early training as an actor add depth to his ability to reach audiences. Some of his travelogues have been published in small journals (International Folk Harp Journal, Victory Review and others). He is also written lyrics for hundreds of songs and worked as a singer/songwriter, although performing instrumental music, coupled with storytelling has taken him further. David Michael is a prolific composer, producer and multi-instrumentalist with over twenty CDs of original music published by his record label, PURNIMA PRODUCTIONS. His book BUSKER is published by PURNIMA PRESS a subsidiary of Purnima Productions.

Brian Rohr is a storyteller and healing arts practitioner living here in Port Townsend, WA.  Having moved from Chicago in 2007 to study with local master Storyteller Daniel Deardorff, he has since shared myth from different cultures to national and international audiences.  Locally, Rohr first began hosting a bi-monthly Storynight at the Boiler Room in 2009, before moving it to its present monthly format at Better Living Through Coffee for over two years now.  He is an active Board Member of the Mythsinger Foundation and fully believes that the old stories are alive, vital and can inform us on how to live our lives as authentic human beings.

This monthly event explores the art and ritual of the oral tradition: sharing the old myths, folk tales, and fairy tales along with more modern stories and personal sharings.  Showcased will be local and visiting storytellers, musicians and weavers of magic with words.  Each month, there are two to three featured tellers, and space for guests in the audience to share a story or two during the open mic sections.  First Friday Storynight is supported by the Port Townsend Arts Commission.